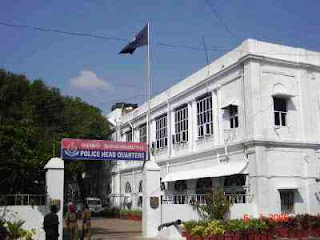 The Federation for People’s Rights demands the government of Puducherry to observe the recent Delhi High Court Judgment and should upload on Police website all the FIRs filed within twenty-four hours of lodging of the FIR from 1st February 2011 onwards.

In this regard, today (15.12.2010), we sent the following representation to the Chief Secretary, Law Secretary and the Director General of Police enclosing the Judgment copy:

We would like to draw your kind attention on the above referred Judgment pronounced by the Honourable Chief Justice Mr. Dipak Misra and Honourable Justice Mr. Manmohan of Delhi High Court, in W.P. (Crl.) No. 468 of 2010 on 06.12.2010.

The Directions of the Judgment (relevant operating portion) is reproduced here for your kind consideration:

(A) An accused is entitled to get a copy of the First Information Report at an earlier stage than as prescribed under Section 207 of the Cr.P.C.

(B) An accused who has reasons to suspect that he has been roped in a criminal case and his name may be finding place in a First Information Report can submit an application through his representative / agent / parokar for grant of a certified copy before the concerned police officer or to the Superintendent of Police on payment of such fee which is payable for obtaining such a copy from the court. On such application being made, the copy shall be supplied within twenty-four hours.

(D) The copies of the FIR, unless reasons recorded regard being had to the nature of the offence that the same is sensitive in nature, should be uploaded on the Delhi Police website within twenty-four hours of lodging of the FIR so that the accused or any person connected with the same can download the FIR and file appropriate application before the court as per law for redressal of his grievances.

(J) The directions for uploading the FIR on the website of the Delhi Police shall be given effect from 1st February, 2011.

In the light of the above Judgment, we request your authority, to take necessary steps to implement the Court Directions in Puducherry also and circulate the copy of the Judgment to the Offices under your control and all Police Stations, to uphold the rights of the accused, ultimately the HUMAN RIGHTS.