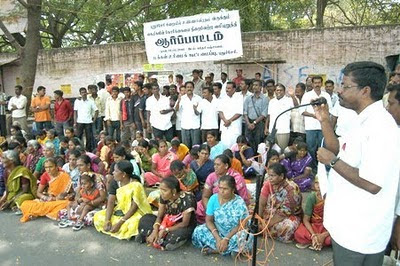 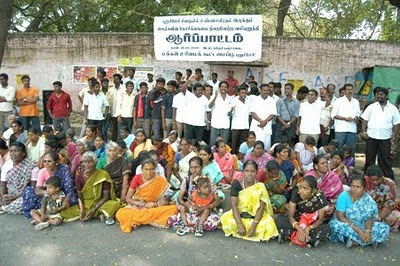 Federation for People’s Rights (FPR) organized a demonstration on 12.02.2010, at 10 am, near Swadesi Mill, Puducherry, pressing the Government to consider the Central Jail prisoners reasonable demands and end the on to death fast struggle of prisoners. The relatives of the Jail inmates participated in the demonstration in huge number. The demonstration was presided over by the FPR Secretary G.Sugumaran.

The prisoners are undergoing onto death struggle for the past 4 days at the Central Prison, Kalapet, Puducherry. The prisoner’s demands to provide pure drinking water, proper water supply for the latrines, cut shot the distance in the visitor’s interview room to speak and interact with the relatives closely, parole leave without discrimination and delay and premature release of lifers who have completed 7 years imprisonment.